Why I'm Committing to 30 Days of Stillness

How are you faring through this global health crisis? If you're anything like me, you might be finding it challenging to stay consistent in your self-care practices right now, including quiet time and meditation.


My inbox has been full of advice about how to work with the fear, anxiety, and more, as we navigate COVID-19. And intellectually, my understanding of my practices gives me all the tools I need. But as the anxiety hanging in the air has gotten thicker and thicker, I started noticing myself gravitating to older patterns and coping mechanisms that, ahem... we'll just call, not-so-skillful.

It's at times like these, when life (or the world) is chaotic, that I most need my practice. And it isn't even that I completely neglected it. The reality is that when times get tough, we need to lean in on the practice, rather than expecting whatever we're doing for maintenance, to do the trick. Why?

It's time to get REAL

Sometimes you gotta just do it. That's how I'm feeling at the moment. Have you ever felt this burning need to do something, anything, and didn't know where to start? Or maybe you aren't sure exactly where you're going because you lack clarity? Sometimes you gotta just take that first step. And then take the first step again. That's what I feel like I'm doing right now as I sit down to write for a blog I don't really have. Ok, so I do have a blog. One I started so long ago it's growing mold and I even un-linked it from my website because it felt like it was only spreading mold to the rest of my web presence (But not anymore! It's back!!!). As a business owner, I've often felt some kind of pressure that I should be doing all the things that are "proven" to make you successful out on the web (and hopefully in your business). You gotta be on social media, maintain a blog, offer online programs, etc, etc. And you know what? None of that is easy to do when you're so gripped by fear that you can't even sit down to write a few sentences for your own benefit, much less the benefit of others. 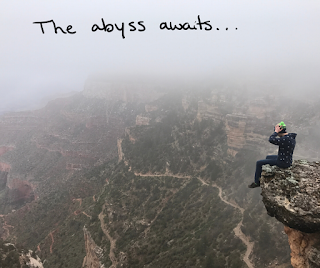 Last night I had a bit of a break-down and break-though, as my recent ex would have put it. Sometimes we sludge along in our lives feeling like we're moving forward but not exactly at the pace we'd like, and then BOOM something knocks us over and we're so dizzy we are forced to re-organize our internal resources in order to get back up and keep taking more steps forward.

I think this often comes with a feeling of being catapulted forward into the abyss. And it's no accident either, because were we really going to
just take a flying leap into the abyss without being pushed? That's how the universe works, in my experience. It gives me that shove when I 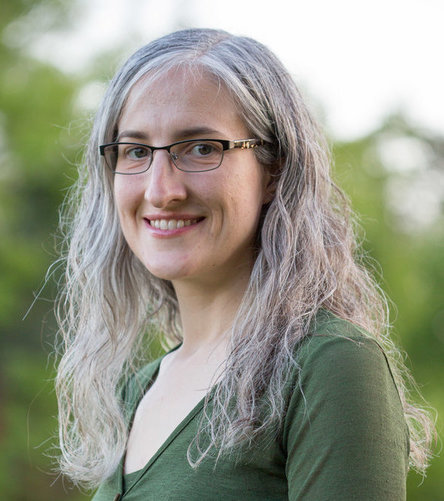 Hi there! My name is Karen and I'm a Certified Mindfulness Teacher and Reiki Practitioner in Sacramento, CA. With this blog, I share my path with you. Join me for guidance and inspiration along life's journey. Use the links above to learn more about how I can help you find Health and Happiness Through the Stillness Within.